Apperian trusts on Solid Gear as the perfect offshoring partner for their business.

Apperian is a company based in Boston that has experienced a very important growth in the last years partly due to the widespread financial support it received from different investment groups.

Boston (included the whole state of Massachusetts) was already known in the USA as one of the main East Coast business centre.

And yet, during the last years, the city has witnessed an ongoing growth of software companies.

Not for nothing Boston is the birthplace of companies such as Facebook or Dropbox and the venue of some of the most highly prestigious universities worldwide, such as Harvard and/or MIT.

At this point, Boston prides itself of having the highest rates of venture capital investment in tech companies.

Since its inception, Apperian has managed to combine these ingredients and build a strong company core with a DNA featured by an agile and quick answer as a key factor to deal with tough competitors and technological challenges ahead of them.

It is rather common to find Apperian in the lead position of the specialized rankings of technology-based companies and/or ground-breaking products. Actually, Apperian’s start product, EASE platform, has been number 1 among mobile management platform apps (MAM).

The Business App store is private and allows an advanced control over the app security through dynamic policies, the signature of apps, analytics and/or the business authentication, among others. Thanks to these characteristics, EASE is a robust product that helps companies to manage their mobile apps and devices.

Apperian, as many other software companies and startups, during their initial stage needed to build a revolutionary tool.

When facing these circumstances, usually it is key to reduce the maximum time-to-market and to increase the pace of development as much as possible.

Thus, they decided to hire an offshore development team.

Initially the decision involved the hiring of a team to try outsourcing.

The team was sent with some work but the results were far from good.

Probably there were some cost savings on paper but in terms of actual savings, there was none.

In face of these unsatisfactory results, Apperian decided to look for a more fulfilling solution.

To do so, Apperian needed a team with a deep knowledge of an ample range of technologies (from native mobile technologies such as iOS, Android or Windows to server technologies such as php, python or javascript), but also, one committed to quality, and more importantly, deeply integrated in Apperian’s engineering structure.

For Apperian, this was a non-negotiable subject anymore and engineers had to focus on something more than the product quality.

Apperian aimed for a team capable to go beyond and guarantee that customer’s requirements, expectations and time needs were fulfilled. 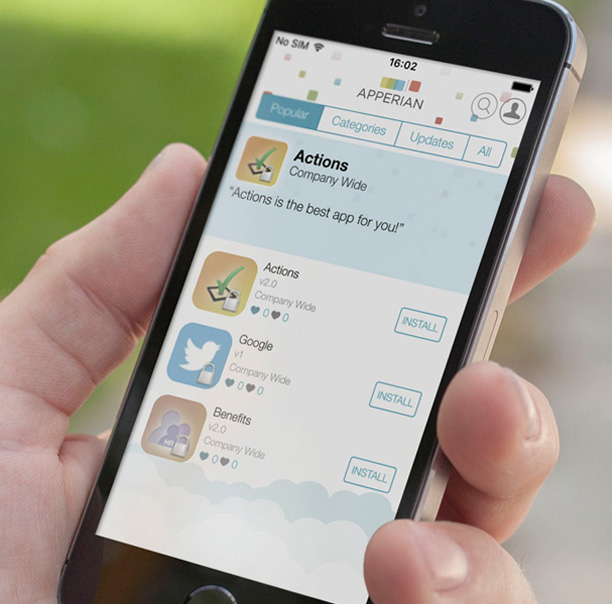 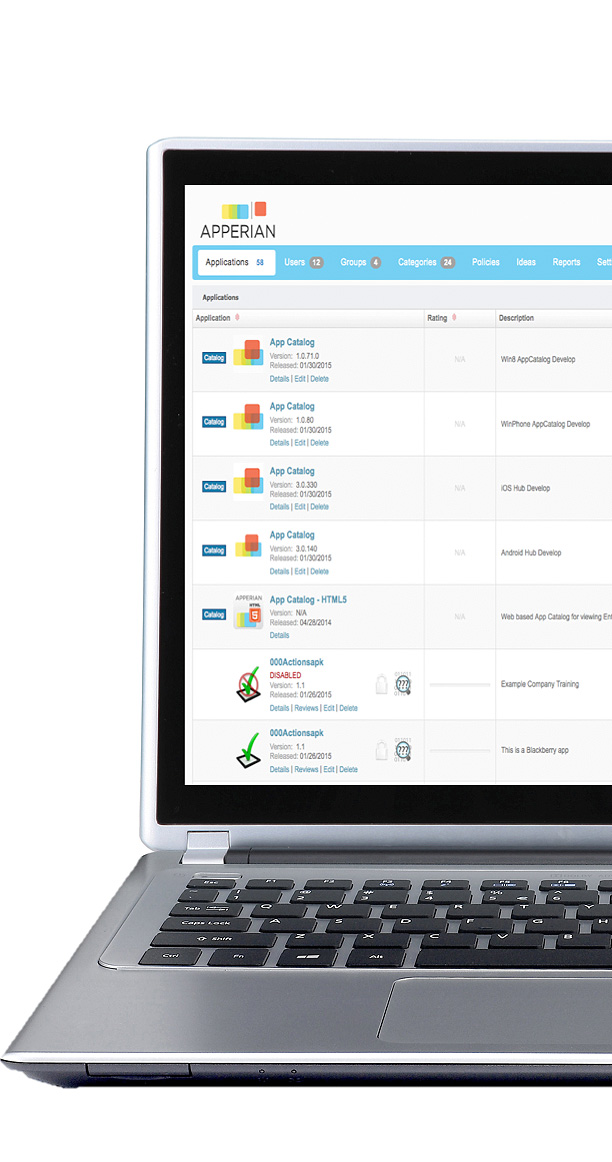 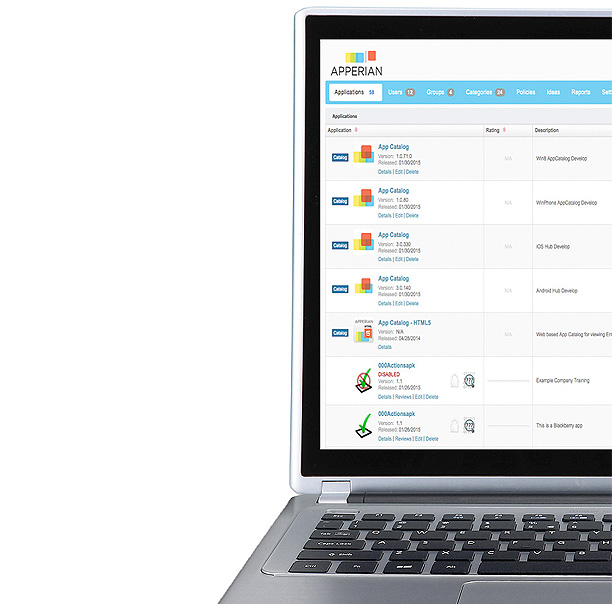 As early as the first meeting, Solid Gear was set to work to shape a highly-skilled team for Apperian: Software engineers and architects with good command of at least 2 languages (English and Spanish), with a good grip on mobile technologies and widely and deeply knowledgeable in software development, and overall, they needed a strong will to engage in ongoing learning and attain the objectives.

However, this is not the only objective we established.

When we first started our relationship with Apperian, we aimed to make it truly efficient by relying on a highly productive team who work with their colleagues from Boston in an integrated way and who achieve actual savings.

The main four areas we identified as key aspects to attain our objectives were as follows: Legal matters, time zone, culture and communication.

The team is based in the European Union.

This is a condition which guarantees a total legal security and accurate trade agreements of software.

Despite the 6-hour difference, the time zone guarantees that teams, on both sides of the ocean, can overlap working hours every day during several hours.
Solid Gear’s culture can be described as a close cooperation that involves transparency, communication and constant improvement as the key factors.

Engineers at Solid Gear are accustomed to face challenges in their everyday work and are not afraid to put forward better solutions or product improvements.

Not only that, they work hard every day to become a team who engage more and more deeply with the company and the product development to be able to feel the product as their own.

We suggested several measures to achieve a fluid communication.

Firstly, we bridged the gap between teams by using different online communication tools.

Secondly, we suggested the SG method, which consists of agile development methodologies such as Scrum, and periodically face-to-face communication meetings held during the week.

There is no doubt for us that when communication works beautifully, the requirements are clear and questions and doubts are solved without delay.

Furthermore, these measures are reinforced by the team members’ regular visits, on both sides, which help to establish a closer relation and to enhance the team cohesion.

Difficult as this may be, thanks to deployment and our ongoing work in these areas, we have been able to become a part of Apperian as one more team.

No distinctions can be made among tasks done by the team and their responsibilities; actually, we are equal on all levels.

Each one of the team members feels highly integrated and gets engaged in daily discussions of the engineering team and collaborates by giving his/her own opinions.

Among other specific responsibilities, Solid Gear team is in charge of releasing the product periodically and working in the direct support to the client.

After 4 years of work in Apperian, we can say we are proud of being an important part of their product evolution, from its early stages, when it was just a proof of concept, to the present state: A leading product designed for companies in mobile apps management and security (MAM) with or without Device Management (MDM).

Personnel at Solid Gear have created several new functionalities and extended many others and/or got integrated with third-party solutions.

We have also provided support to customers by directly solving their incidents, including a software patent that we created for and sent to Apperian.

And anything we have done is in the strictest confidentiality and under a partnership relation.

We can say that this resulted in the first efficient offshoring relation for Apperian.

Apperian and Solid Gear have been working together for a long time and this can be considered the main success marker.

To quote Apperian engineering VP: “This is an offshoring relationship made effective”. 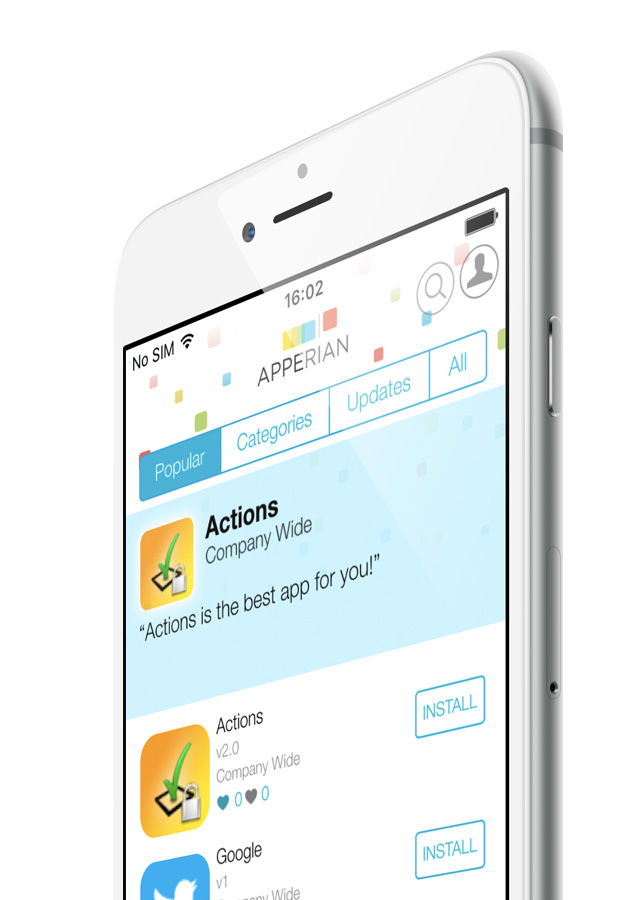 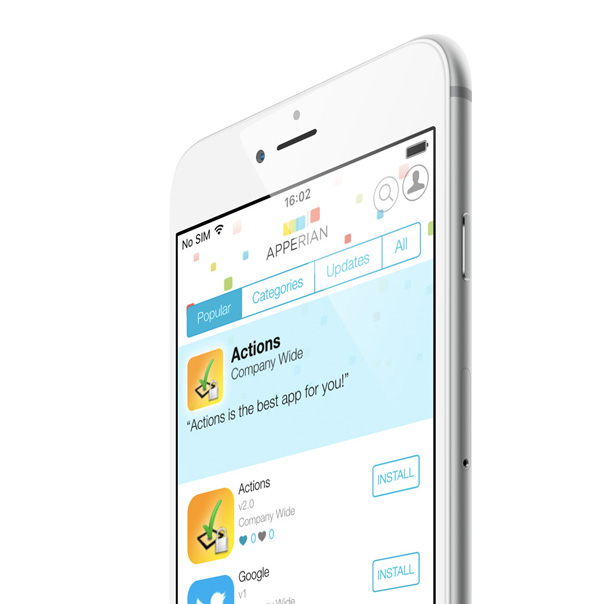